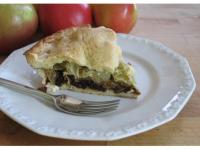 Within the first three days starting my job at HSP, I was told of our major treasures. These include:  the first four drafts of the US Constitution, the Declaration of Independence, and the Emancipation proclamation signed by President Lincoln. And as an aside, someone mentioned that  we also own Martha Washington’s cookbook. Since my first introduction to it, this book has become one of my favorite documents in our collections. I am a foodie and I love to cook. I enjoy the challenge of a unique recipe, especially one 400 years old. 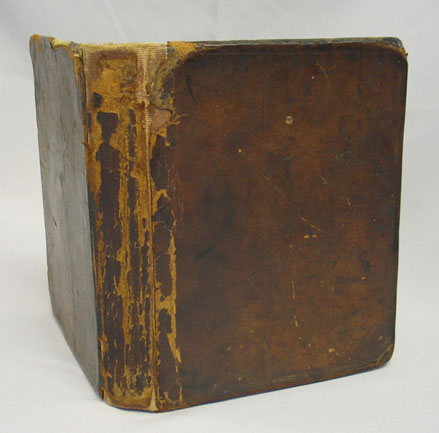 Martha Washington inherited this book from her first mother-in-law, Mrs. Custis. A book such as this would have been written for a daughter so that she could take the family recipes with her when she married. Mrs. Washington kept the book in her possession for fifty years before giving it to her granddaughter Nelly Parke Custis. When the book came up for sale in 1892, HSP purchased the book. 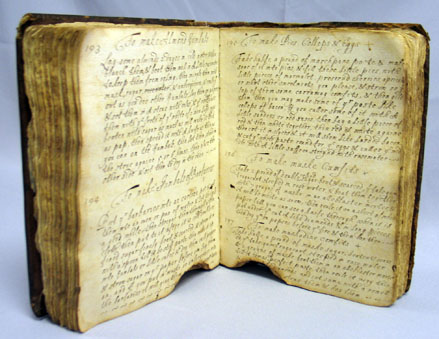 According to Karen Hess who transcribed and annotated the manuscript, (Columbia University Press, 1981), the cookbook was most likely written in England at the beginning of the 17th Century. It begins from both ends with one side of the book containing The Booke of Cookery, and the other Sweet Meats. The Booke of Cookery is primarily recipes for savory dishes. The Sweet Meats refers to desserts and cakes. Ms. Hess was able to date the book by the ingredients from the recipes themselves. Characteristic of its time, the recipes are strongly influenced by French cooking and contain none of the ingredients from the new colonies in the Americas. There no mention of potatoes, tomatoes, corn or squash. Instead the book shows how much French and English cooking was influenced by food items from the near east. Almonds, rosewater, and Damascus Prunes, were all ingredients brought back by the Crusaders and became standard in recipes of the wealthy.

By my second year working at HSP we decided we wanted to have a potluck from the book. The surprise, prize winning recipe that afternoon was “To make a Lettis Tart”. Yes, I know, this doesn’t sound appetizing, but bear with me. Lettis was used to refer to many different leafy greens including spinach, chard and in this case probably cabbage. This recipe has become my standard for Thanksgiving potlucks as I always have an empty dish at the end of the evening. You will be pleasantly surprised how delicious and easy this recipe is – try it! 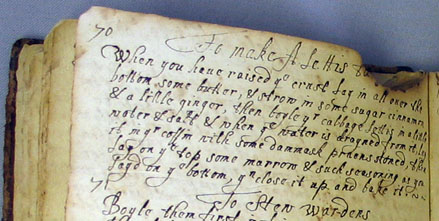 When you have raised ye crust, lay in all over the bottom some butter, & strow in some sugar, cinnamon, & a little boyle yr cabbage lettis in a little water & salt, & when ye water is drayned from it, lay it in yr coffin with some dammask pruens stoned; then lay on ye top some marrow & such seasoning as you layd on ye bottom. Yn close it up and bake it.

Preheat oven to 350F and set a large pot of salted water to boil.

Prepare the pie crust in a pie pan according to your favorite recipe. My favorite recipe is go to Trader Joes and purchase one from the frozen section, follow the directions on the box.

In the bottom of the pie pan spread out the chopped prunes. Sprinkle sugar cinnamon, and ginger over the top of the prunes.

Chop the cabbage and blanch quickly in boiling water. Allow to drain completely before placing this on top of the prunes and spices.

Up next week, join me for a cup of Hannah Penn's coffee. You've never had coffee like this before.

If you would like your own adventure of cooking directly from original historic recipes, you can purchase a facsimile of Ellen Emlen’s Cookbook here.

Hmmmm..lettuce and prunes? Nothing that I would have put together, but it is delicious!

LOL@prunes... I've notices in the grocery stores that most of the packaging for prunes are now changed to 'dried plums'. There must be a stigma about using ye ol' word prune.

I've tried the recipe and I'll have to say it was fun making but, not so much fun eating. I enjoyed the prunes but, I just didn't understand the lettuce. I'm guessing it was a 'crunch' factor.

I also have to offer a fair warning.. . this recipe is for die hard fiber lovers if you get my thrift. I sat on my thrown asking myself.. why?, why?, Why?

You have to remember that folks back then had iron stomachs. They had different food preservation, no fillers, dyes, preservatives etc. What was yummy and easy digesting may go straight through us like a bullet train in Japan being that we don't prepare or even eat the sort of foods that early New Englanders did.

If you're a foody.. I say try this recipe. You may or may not regret it.