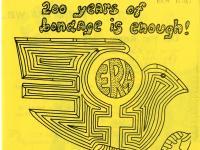 In 1966, a group of feminists established the National Organization for Women (N.O.W.) in order “to take action to bring women into full participation in the mainstream of American society now, exercising all the privileges and responsibilities thereof in truly equal partnership with men.” By the late 1960s, the Women’s Liberation Movement had spread across the country to cities such as Philadelphia, which became a seminal spot for feminist activism.

On January 11, 1968, Ernesta Ballard and former N.O.W. president Wilma Scott Heide founded the N.O.W. Philadelphia Chapter. Their primary objectives included adding the Equal Rights Amendment (ERA) to the Pennsylvania Constitution, repealing Pennsylvania’s abortion ban, and eradicating sex discrimination. Two organizational slogans captured the chapter’s aspirations of ERA ratification and securing reproductive rights: “We won’t be satisfied until the ERA’s ratified” and “Keep your laws off our bodies.” Philadelphia N.O.W. also spurred the creation of systems and networks that would support and empower women in the community. 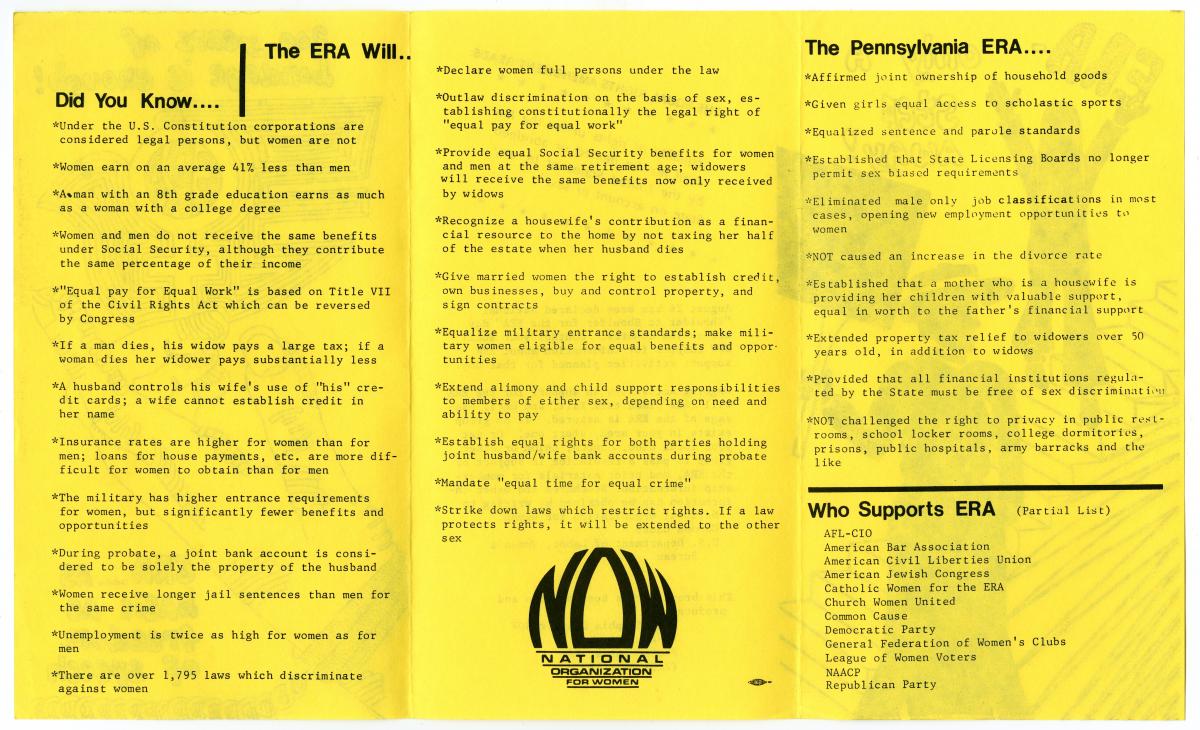 Philadelphia N.O.W. sent the largest delegation to the ERA ratification march in Washington D.C. in July 1978, and assisted other chapters in local ratification. A brochure about the benefits of the ERA states that ratification would “Declare women full persons under the law.” While the ERA was never ratified, HSP’s collection highlights N.O.W.’s impressive and persuasive efforts.

Philadelphia N.O.W. increased access to childcare, education, employment opportunities, and support systems that enabled women to engage with their community as men did. One of the local organization’s most impressive achievements, ensuring the official preclusion of job listings separated by gender in Philadelphia newspapers, came in 1973. The N.O.W. Newsletter advertised “underground childcare services” for working mothers and promoted groups like the Society of Women Engineers that positioned women to gain work experience and mentoring. 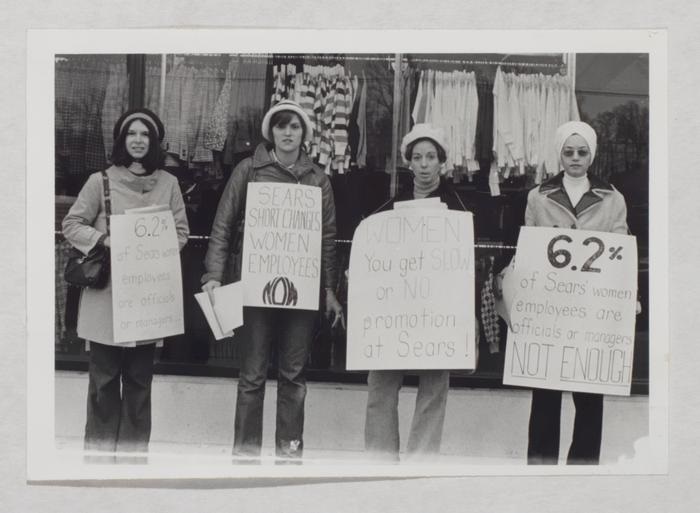 Women protest outside Sears over employment issues (no date).

The chapter was unafraid to call out companies and individuals who criticized or obstructed their feminist goals by putting them on a “Not Now List.” They also hosted “The Barefoot and Pregnant Award,” an ironic means of “honoring” someone who deliberately thwarted women’s rights. Remarks from a Barefoot and Pregnant Award Ceremony are in HSP’s collection. These tongue-in-cheek style designations perhaps prefigured the ways women confront sexism today, often taking to Twitter in order to belittle perpetrators of sexual assault or harassment.

By encouraging women to take matters into their own hands, stand up to sexism, and engage politically, NOW has played a significant role advancing legal and societal changes in favor of women’s rights. However, many of the same issues—poverty, lack of healthcare and childcare, sexual assault and harassment, threats to reproductive rights and LGBTQ rights, and negative media representation—that appear in the Philadelphia Chapter records still affect women today. Recently, worldwide women’s marches, political participation in record numbers, artistic activism, and increased intersectionality all combat gender discrimination, giving more attention to factors such as race, class, sexuality, and ability.

As we revisit the Women’s Liberation Movement during the 50th anniversary of 1968—its pivotal year—HSP’s collection of N.O.W. Philadelphia Chapter records provides interesting insight into the history feminism in the United States and the evolving debates on the subject of women’s rights.

Event
1968, The Year That Shattered America - Mini-Course for Educators
Blog Post
‘A Right to Protest’: Race and Gender at the 1968 Miss America Pageant