From Africa to Philadelphia

From Africa to Philadelphia

Philadelphia has long been home to people of African origin. As W.E.B. Dubois chronicled in his landmark 1899 sociological study The Philadelphia Negro, Philadelphia has been home to successive Black immigrants and migrants – from African slaves in the 17th and 18th centuries, to freedmen in the 19th century, to waves of the “Great Migration” from the South in the late 19th and early 20th centuries. In recent years, Philadelphia has come full circle and is once again playing host to a new population arriving directly from the continent of Africa. 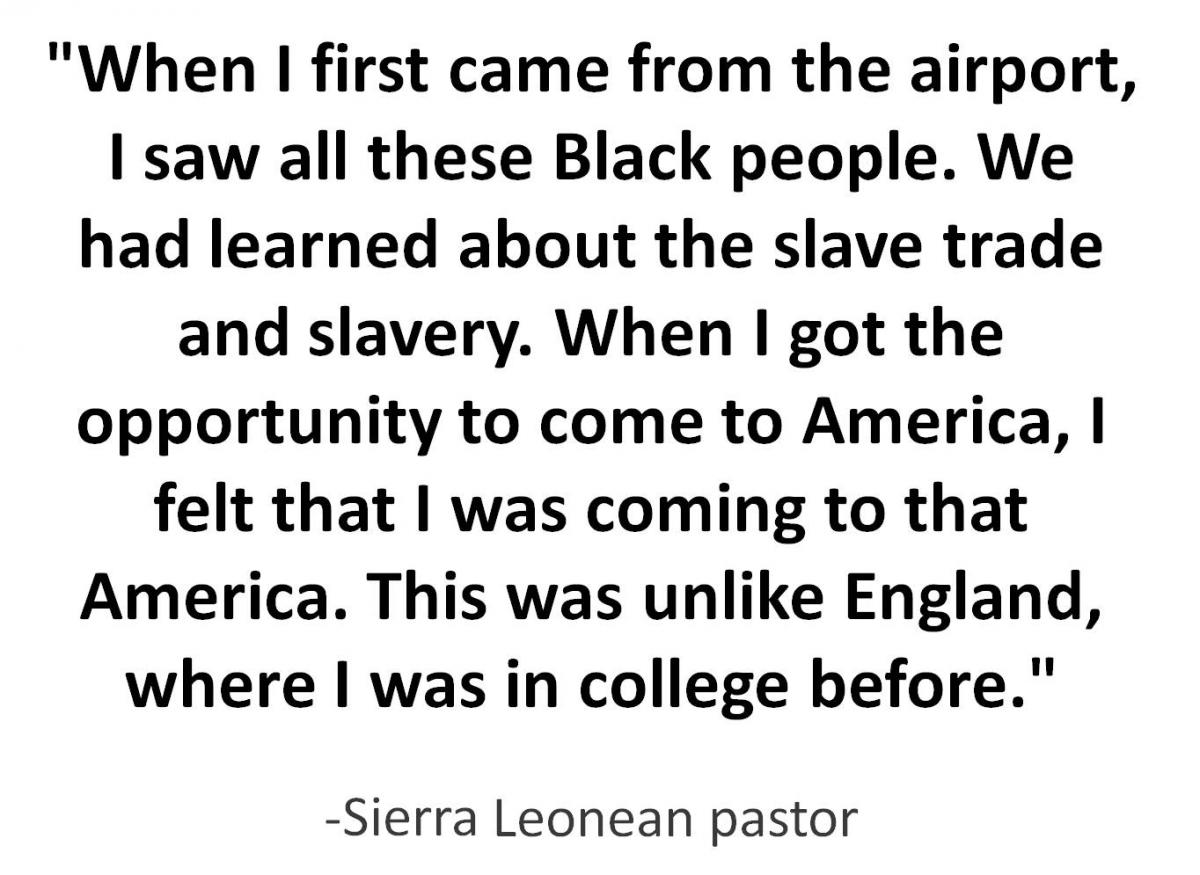 Philadelphia is not the only American city welcoming this new influx of Africans. During the last decades of the 20th century, the United States as a nation has experienced a wave of immigration from sub-Saharan Africa. While Africans started coming voluntarily to the United States in the 1960s, mostly for higher education, the largest influx has occurred since 1990. A combination of economic and political factors leads Africans to turn increasingly to the United States as a destination. England and France, the global powers of a previous era, have enacted stiff policies that discourage immigration from their former colonies in Africa. And the idea that America is a land of unlimited opportunity and freedom, reinforced by films and other popular media, has made it the first choice of most of Africa’s youth. 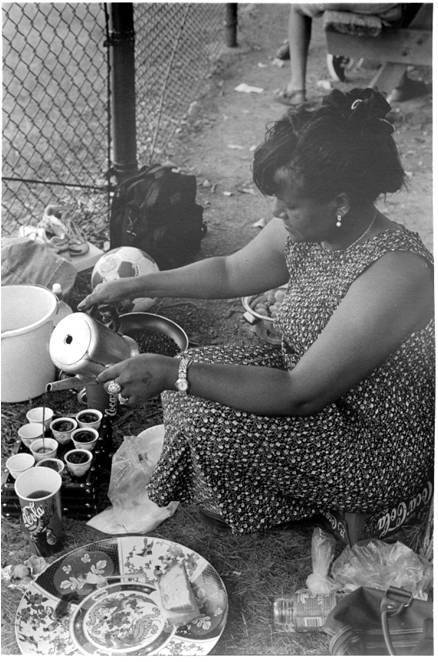 These new African immigrants represent a wide variety of nations, cultures, languages, and religions. Their immigration experiences are also very diverse. Some are sojourners seeking their fortune in the U.S. Many come as students and stay on to work as professionals. Others are fleeing political turmoil in their countries of origin and come as refugees or as asylum seekers. Africans also arrive in the United States following a variety of immigration scenarios. The most common are coming to attend university, obtaining a work visa to practice a specialized profession, marrying an American citizen, being resettled as refugee, obtaining political asylum, winning the U.S. Diversity Lottery, or overstaying a temporary visa to become an "undocumented immigrant." Whatever these immigrants’ reasons for coming, and however they manage to stay, their businesses, social networks, and lifestyles are changing the character of the cities and neighborhoods where they are concentrated. 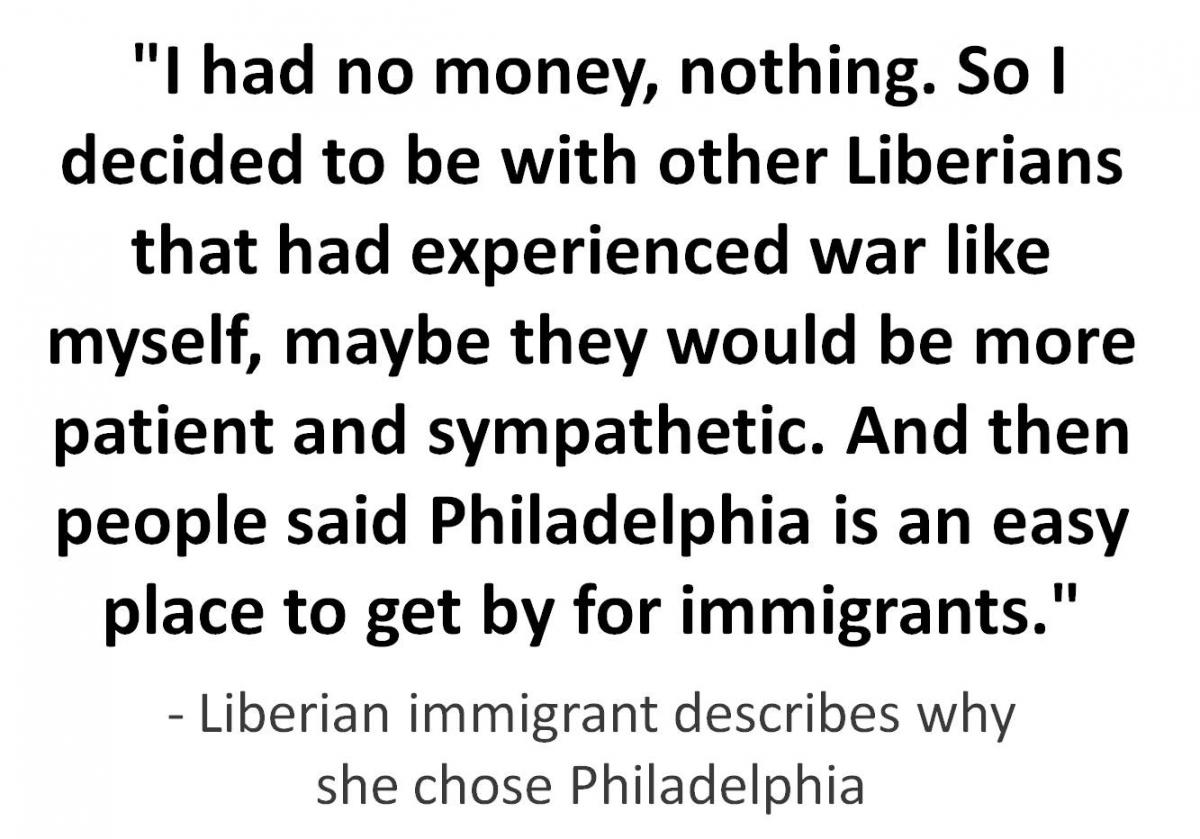 A growing number of African immigrants have settled in various Philadelphia neighborhoods, including the West, Southwest, and Northeast parts of the city. They come from over 30 different countries and speak dozens of different languages. They practice Christian, Muslim, and sometimes traditional religious beliefs. Their presence can be seen in the new businesses and religious institutions that cater to Africans, the sale of African merchandise and services to Philadelphia natives, and simply the colorful dress of passers-by. 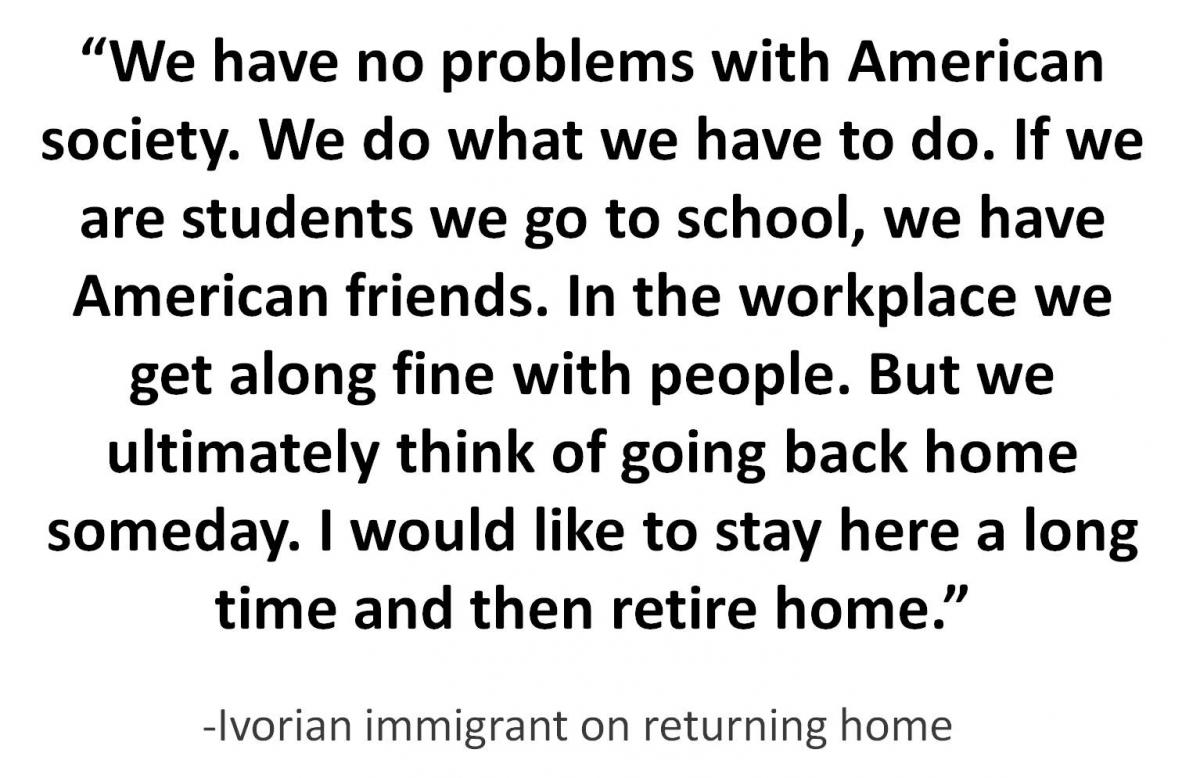 Philadelphia is often the second American destination for these new immigrants. Its convenient location between the hubs of New York City and Washington D.C., along with its cheaper real estate and slower pace of life, have attracted many Africans who initially settled in these other cities. Many refugees have also been resettled in the Philadelphia area by agencies, usually following the principle of "family reunification." Moving to a city with a large and active population of compatriots is an important factor in choosing a destination for many African immigrants arriving in the United States.

Africans who have left their home countries and immigrated to the United States have different ideas of what the future holds. Some arrive with the idea of resettling forever. Many others view their time here as temporary. These immigrants dream of returning home when they have accomplished their goals or conditions improve in their country of origin. 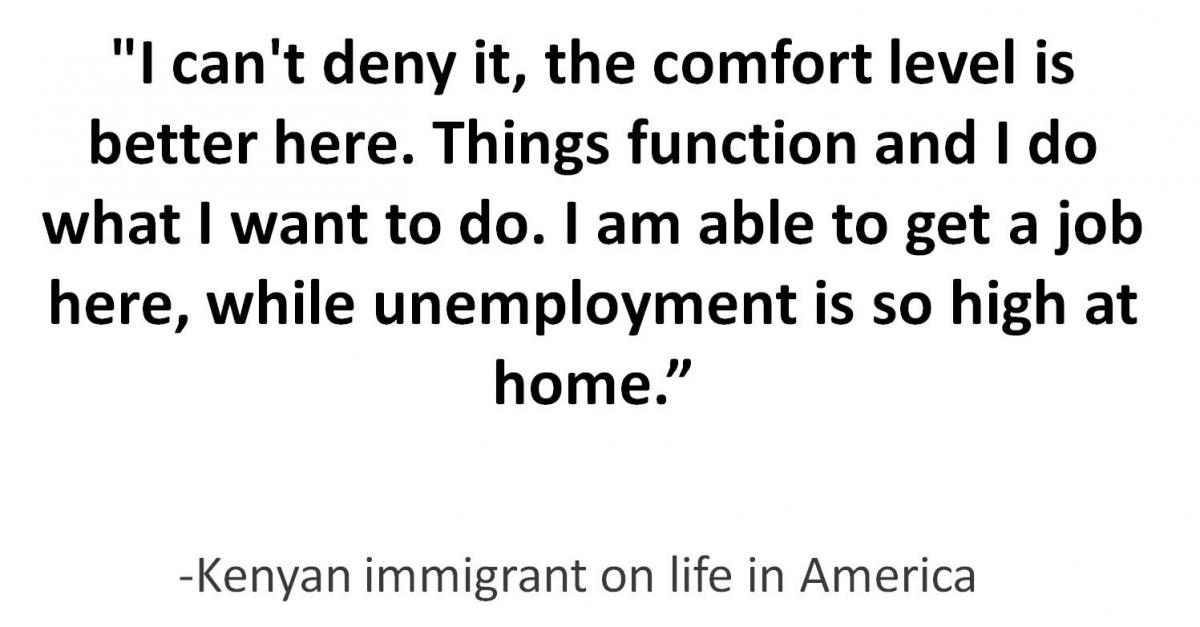 Longing for home, many immigrants find adaptation to American life a difficult process. In particular, Africans must learn to lead more solitary lives in Philadelphia than they would in Africa, where the daily routine is oriented around family, and one's place in the community is understood and recognized by all. Many Africans also express a dislike of the Philadelphia climate, being unused to the cold winter months.

But as initial distress gives way to acceptance of local ways, most African immigrants readily admit the many benefits of life in the United States.