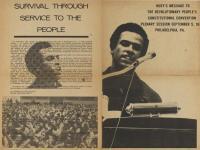 Founded in 1966 by college friends Huey Newton and Bobby Seale in Oakland, California, the Black Panther Party was organized under the goals of challenging police brutality against the black community, fostering black pride, and unification for the purposes of furthering civil rights. The lasting public perception of the party, one of militancy and criminal violence, does not capture the group’s original goals to bring about social change—goals that were never fully realized.

To accomplish their goals, the founders drafted a Ten-Point Program that laid out the Panthers’ blueprint for change:

1) Freedom; the power to determine the destiny of the Black and oppressed communities.

2) Full Employment; give every person employment or guaranteed income.

3) End to robbery of Black communities; the overdue debt of forty acres and two mules as promised to ex-slaves during the reconstruction period following the emancipation of slavery.

4) Decent housing fit for the shelter of human beings; the land should be made into cooperatives so that the people can build.

5) Education for the people; that teaches the true history of Blacks and their role in present day society.

7) End to police brutality and murder of Black people and other people of color and oppressed people.

8) End to all wars of aggression; the various conflicts which exist stem directly from the United States ruling circle.

9) Freedom for all political prisoners; trials by juries that represent our peers. 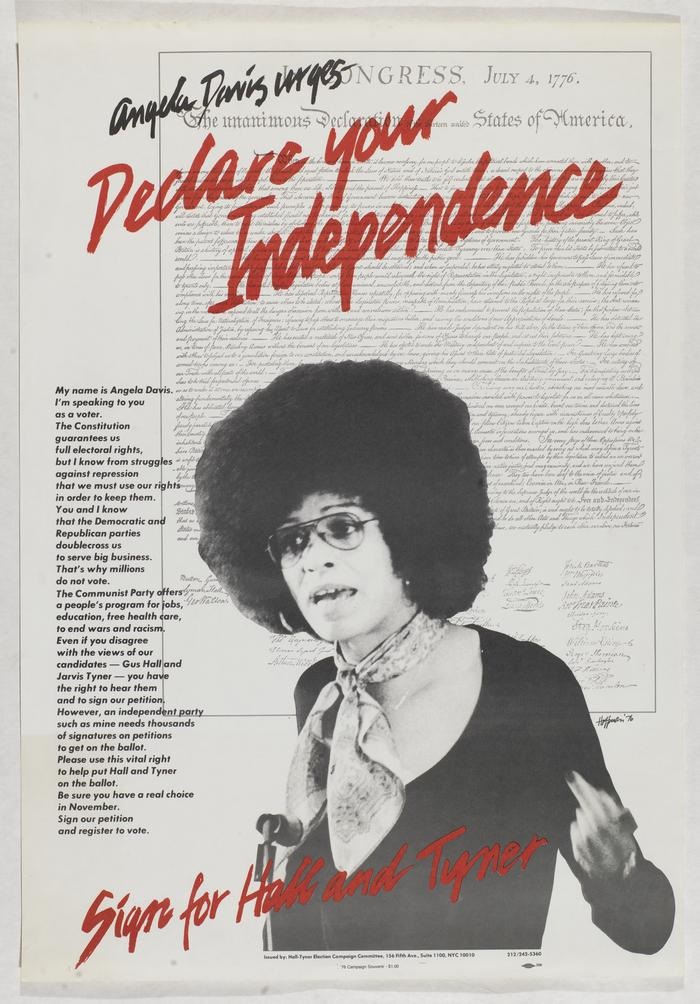 A poster encouraging people to sign a petition to put The Communist Party on the voting ballot, featuring political activist Angela Davis

At its peak in 1968, the Black Panther Party boasted a membership of roughly 2,000. Soon after, the group started to decline as a result of internal tensions, deadly shootouts, and FBI counterintelligence activities aimed at weakening the organization. When the movement officially dissolved in 1982, their ambitious ten-point blueprint had not yet been realized across the nation. The significant racial challenges that continue even decades later, including the continued killing of unarmed people of color by police, make the Panthers’ complicated history particularly resonant today.

Blog Post
1968: Two Perspectives, Fifty Years Later
Blog Post
“Hit Them in the Pocket, Where It Hurts”
Blog Post
Behind the Marches: Bayard Rustin and the Journey of Reconciliation
Blog Post
Journalism as Protest: Voices from Young Black Philadelphians in the Late 1960s