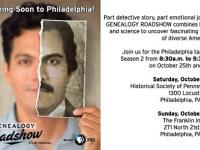 On Saturday, October 25, and Sunday, October 26, PBS and WHYY bring the series Genealogy Roadshow to Philadelphia. The public is invited to attend this free event and watch as preselected local residents have family mysteries revealed on camera with featured genealogists Kenyatta D. Berry, Joshua Taylor and Mary Tedesco.

The public can explore their own personal histories, too, with representatives from historical and genealogical societies who will be on-site for the weekend, including the Genealogical Society of Pennsylvania, Find My Past, the Greater Philadelphia Area Chapter of the Association of Professional Genealogists, the African American Genealogy Group and the Daughters of the American Revolution, among others.

“Philadelphia is a natural fit for Genealogy Roadshow as one of the oldest cities in America with a rich and deep connection to our country’s history and founding. It is one of the most diverse cities in the world, and its beginnings as both a capital city and a major industrial center make it ripe for fascinating family stories,” said executive producer Stuart Krasnow.

“Genealogy Roadshow has become a favorite with our TV viewing audiences since it premiered last fall and we’re thrilled that stories from the people of Greater Philadelphia will be featured in season two,” said Bill Marrazzo, WHYY President and CEO. “We take pride in the rich cultural history our region offers and I look forward to local stories and mysteries that will be uncovered next season.”

Genealogy Roadshow combines history and science to uncover fascinating stories of diverse Americans. Stories of Philadelphia-area residents have been researched by a team of local genealogy, history and DNA experts, using family heirlooms, letters, pictures, historical documents and other clues. The individual stories undoubtedly will link to the larger community

Members of the public interested in attending the taping on either day are encouraged to visit whyy.org/genealogy for more details and parking information.

MEDIA: Members of the media are welcome to attend tapings with advance registration. RSVPs are required; see contacts below. Interviews are available with producers and on-air talent, PBS and WHYY executives and more. To RSVP and to schedule interviews, contact:

The Philadelphia episode will air on PBS and WHYY in 2015 as part of Genealogy Roadshow’s second season. The other cities featured in season two include New Orleans and St. Louis.

Genealogy Roadshow is produced by Krasnow Productions. President and owner Stuart Krasnow is a long-time television industry veteran, having worked for all of the country’s top broadcasters in news and entertainment, as well as at numerous cable networks as a creator and executive producer. The series is represented in the U.S. by Pat Quinn of Quinn Media Management and packaged with PBS by APA. The series is also executive produced by TV veteran Carlos Ortiz, who has produced mega-hits for almost every major network on television. He brings twenty years of development and producing experience to the table and returns to PBS for his second season on the series.

The Genealogy Roadshow has been a huge hit in Ireland, where national public broadcaster RTE commissioned this original format from producer Big Mountain Productions.

The Historical Society of Pennsylvania (HSP) is a provider of education and information for the people of Philadelphia and beyond. With over 21 million documents – including manuscripts, graphics, and ephemera – HSP serves more than 4,000 on-site researchers annually and millions more around the globe who use its resources online at hsp.org. HSP offers extensive online resources including digital collections, curricular materials, and hosts educator workshops, public programs and lectures throughout the year. To offer this array of programming and services, HSP relies on both public and private funding. Learn more about how to support our mission of inspiring individuals to create a better future through historical understanding at hsp.org

HSP is also a chief center for the documentation and study of ethnic communities and immigrant experiences in the 20th-century, and one of the largest family history libraries in the nation. HSP’s collections center on eastern Pennsylvania, southern New Jersey, and parts of Delaware and Maryland, but they also include a wealth of materials on the eastern U.S., the founding of this country, and the diversity of ethnic and immigrant experiences across the nation, thanks to the addition of the holdings of the Balch Institute for Ethnic Studies in 2002. 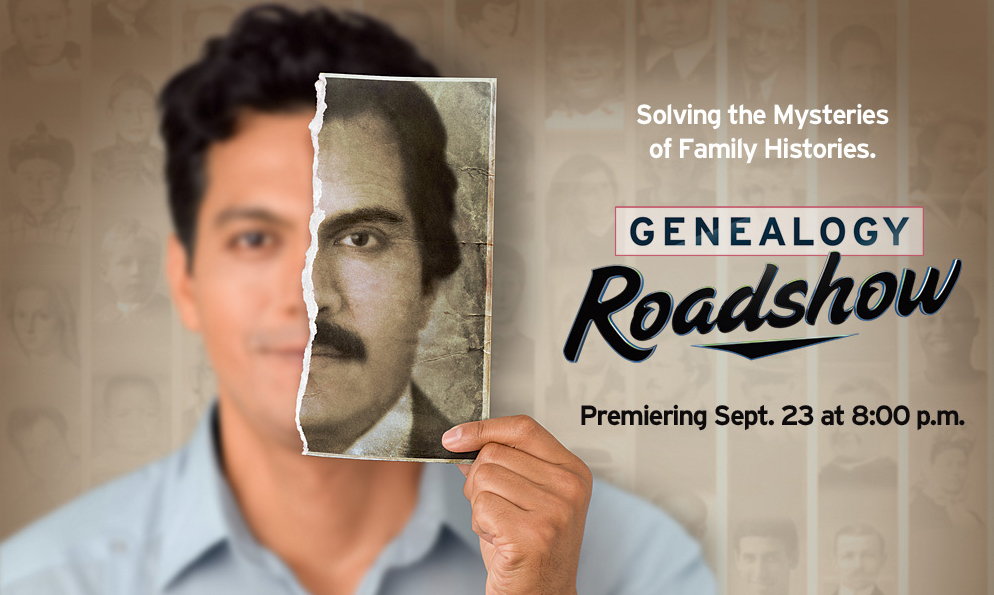